Indonesia’s government estimates that the country will need to import 266,065 tons of beef and buffalo meat (carabeef) this year to meet demand. The Agriculture Ministry calculated that per capita consumption would increase to 2.57kg. With the population estimated to reach 274.85 million, demand for red meats will increase to 706,388 tons. “Local beef production this year is estimated at 436,704 tons. [Since] the beginning stock is 62,485 tons and the reserve stock requirement is 58,886 tons, we need to import 266,065 tons,” the government stated. 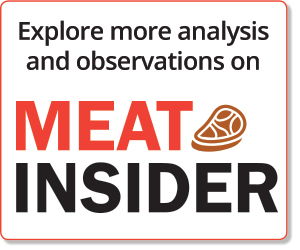