Co-exposure of mycotoxins is highly prevalent, according to Innovad Mycotoxin Feed Survey 2021.

For the survey, the feed additives company received samples from 24 countries (46% in America, 38% in Europe, 15% in Asia, and 1% MEA) that were analyzed using rapid test or LC-MS/MS, both at high sensitivity level.

Combinations of deoxynivalenol with fumonisins and zearalenone was most found which is unsurprising considering all three produced by the same fungi, Fusarium.

The large co-presence detected in the feed ingredients is of concern as their combined toxic effect is often synergistic or additive causing a greater impact than the individual mycotoxin effects.

Results also confirm that livestock animals are continuously exposed to mycotoxins as most of the analyzed samples (86.5%) were contaminated with one or more mycotoxins.

Not unexpectedly, deoxynivalenol was the most frequent mycotoxin detected in feed ingredients (73.6%), followed by fumonisins (49.2%) and zearalenone (41.1%) (See Table 1). 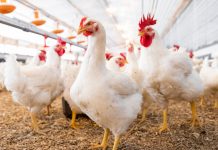