The state of Sikkim in northeast India is the latest to report the presence of ASF, which the ICAR National Institute of High Security Animal Diseases confirmed on March 29. This is the first time that the state has been by the virus.

The Ministry of Fisheries, Animal Husbandry and Dairying has directed state officials to take measures to contain the disease to avoid its spread to ASF-free states.

They have also been instructed to report outbreaks in the state. Authorities are preparing compensation for farmers who must cull pigs and destroy feedstock.

Meanwhile, the government of Mizoram, also in northeast India, has reinstated its ban on pigs and pork imports after new cases of ASF reemerge in the state. Authorities also extended the ban to frozen pork products from both within and outside India.

They will hold mandatory disinfection and culling measures to control the spread.

Mizoram had lifted the ban on imported pork on February 1 this year, having first imposed it in August 2020. The ban was lifted as no new cases were reported between December 2021 and February 2022. 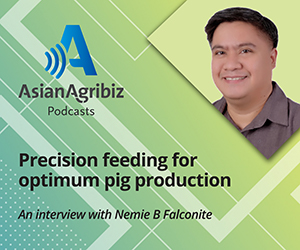