The Sri Lankan layer industry is facing an unprecedented crisis, with 40% of the production stopped due to increasing feed prices.

Former President of the World Poultry Science Association, Prabhath Samarathunga told Asian Agribiz, high feed costs had many layer farmers close their businesses in the last couple of weeks. “For about three months, they were losing close to USD 0.021/egg at farm gate. This was unsustainable,” he said. This massive drop in supply is driving up egg prices in the retail market. Between February and March 2022, egg prices have increased by 50%.

Zaffar Jeevunjee CEO of Switz Lanka which markets eggs under the brand ‘Happy Hen’ in the meantime told Asian Agribiz they feared that this exorbitant rise in feed costs would ultimately affect the quality of feed given to birds. “This in turn would lower the immunity of birds and increase threat of disease on farms,” he added.

Mr Jeevunjee suggested instead that layer farmers look at cutting down on overall production numbers, so that they can optimize FCR and pay more for better quality ingredients.

Layer farmers would also have to look at better management at the farm level, to support optimizing FCRs, when feed rations are scarce. This would strengthen biosecurity and help keep diseases at bay. 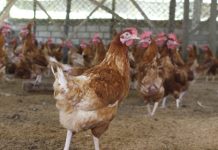 ND on top of four key layer diseases in Indonesia

Global cereal production up, as grain trickles out from Ukraine

SMFB revenue and income up in H1